A research and development (R&D) output that would strengthen the firepower capabilities of our navy’s small patrol craft in defending the country’s littoral water territories was turned over to the Philippine Navy, an attached branch of the Department of National Defense (DND), on 20 May 2022.

During its 124th anniversary celebration, the Philippine Navy received the miniature version of the Building a Universal Mount for Heavy-Barrel Automated Weapon Integration or BUHAWI from the Department of Science and Technology (DOST).

Developed by the scientists and researchers from the DOST-Metals Industry Research and Development Center (MIRDC), BUHAWI is an automated gun mount for heavy barrel Browning 0.50 caliber machine guns. The project is a product of the design and fabrication of the gun mount, as well as the design and development of the control system and integration of the mechanical and control systems of the gun mount.

DND Secretary Delfin N. Lorenzana emphasized in his remarks that BUHAWI would provide significant support to their Self-Reliant Defense Posture Program (SRDP) which aims to be self-sufficient in basic military requirements by manufacturing our own weapons, small arms and ammunition, tactical communications equipment, basic land vehicles and small sea crafts, among others.

He said that project BUHAWI would also give a significant boost to the SRDP which is the key towards having a truly patriotic and independent defense sector, through self-manufacturing of original and indigenous defense material.

Meanwhile, DOST Secretary Fortunato T. de la Peña shared that project BUHAWI is aligned with one of the major priorities of the National Harmonized Research and Development Agenda which is R&D in Human Security.

He added that the project to strengthen the country’s naval force is vital after the DOST conducted a foresight study through their National Academy of Science and Technology (NAST) called Pagtanaw 2050, where the Philippines is considered as a marine and archipelagic nation.

“With this, we will see the crucial roles of the Philippine Navy and private sectors concerned with our marine and seas as all of them will support the drive to make the Philippines a truly developed strong marine archipelagic nation,” said de la Peña.

The science chief also stressed that the success of developing the BUHAWI project would not only give additional savings to our country but also enhance the potential of generating more jobs when the country will be able to commercialize and eventually export defense products.

“This is one of the project’s we have worked on, and I am very glad hearing the positive feedback from the Philippine Navy,” said Sec. de la Peña.

On another note, he encouraged all the staff of DND and the Philippine Navy to avail of the various DOST scholarship programs especially related to space engineering.

Project BUHAWI is a collaborative project between the DOST through MIRDC, the DND through the Philippine Navy, and the Mechatronics and Robotics Society of the Philippines.

The DOST and DND sealed their partnership through a memorandum of agreement on January 5, 2018, to achieve a Self-Reliant Defense Posture which includes the development of BUHAWI.

As the implementing agency, the DOST-MIRDC with the funding support from the DOST-Philippine Council for Industry, Energy and Emerging Technology Research and Development, spearheaded the first phase of the project in 2019 that included the design and development of the BUHAWI's mechanical element system. The second phase was then funded by the Philippines Navy thus enabling the creation of the control system designs including the peripherals, motors, military great cameras, and other requirements.

To prove the project's functionality, reliability, and doability, a series of land-based live test fires were conducted with Naval Sea System Command together with the Naval Research and Development Center. After the success of the land-based test, BUHAWI was then installed on one of the Navy's patrol crafts, BRP Heracleo Alano or PC 376.

According to Lieutenant Commander Jimmy P. Leanan Jr., Executive Officer of PC 376, shared that for the past two months, they conducted a series of sea trials for the BUHAWI weapon system and tested it in both day and night operation as well as in various sea states up to sea state 3. Sea state 3 means that the wave is around one meter high, and the wind condition is around 10 miles per hour. 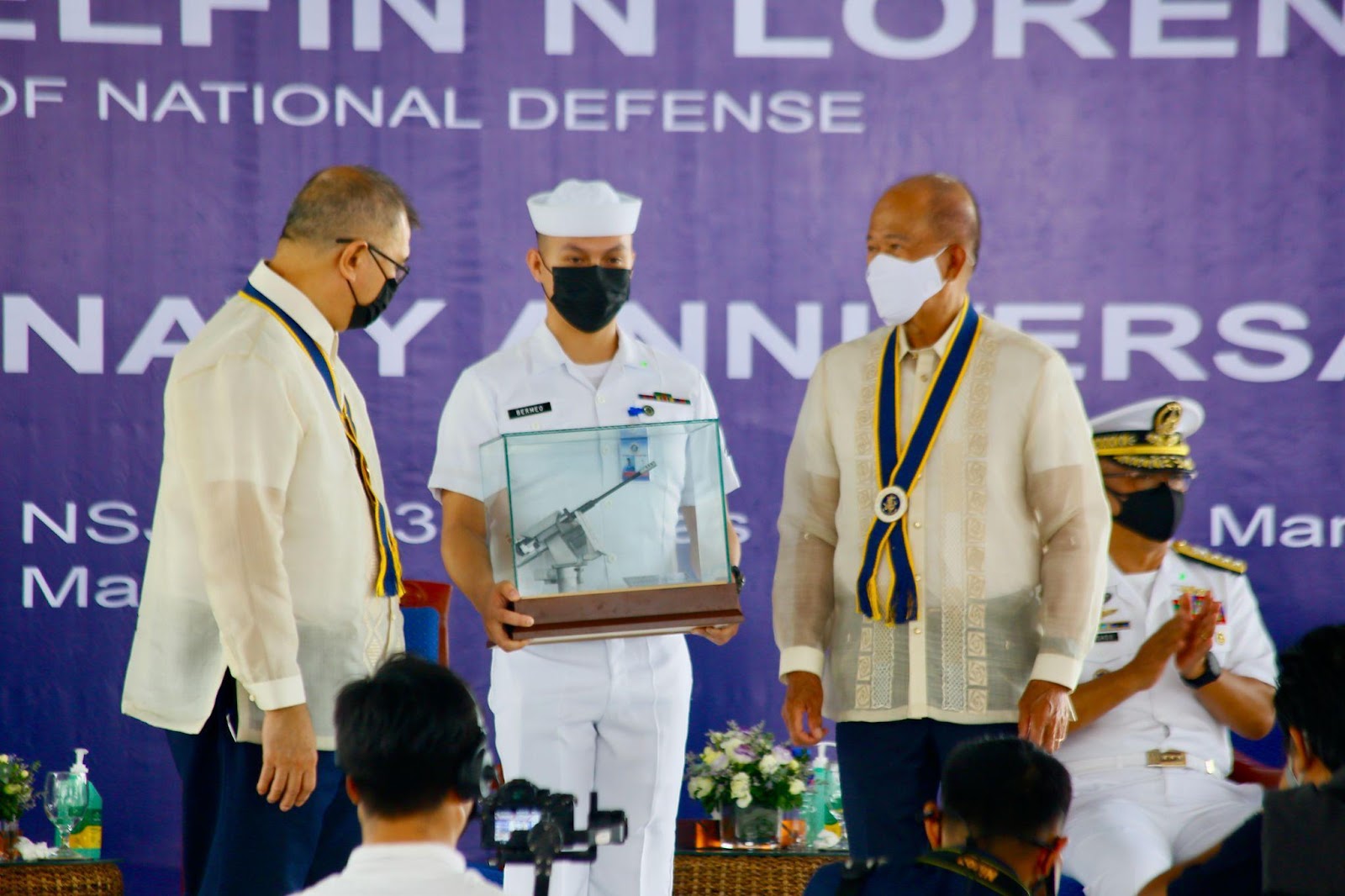 Lastly, Secretary de la Peña revealed during the program that after BUHAWI, next in the pipeline is the development of the digital twin for the monitoring of our country’s naval ships for better extension of the ships’ service life.  He also shared that the DOST is now working with the Philippine Army on the project called COBRA or Controller Operated Battle-Ready Armament (COBRA). It will also utilize mechatronics, robotics, and automation technologies in its implementation.  (With information from DOST-MIRDC) 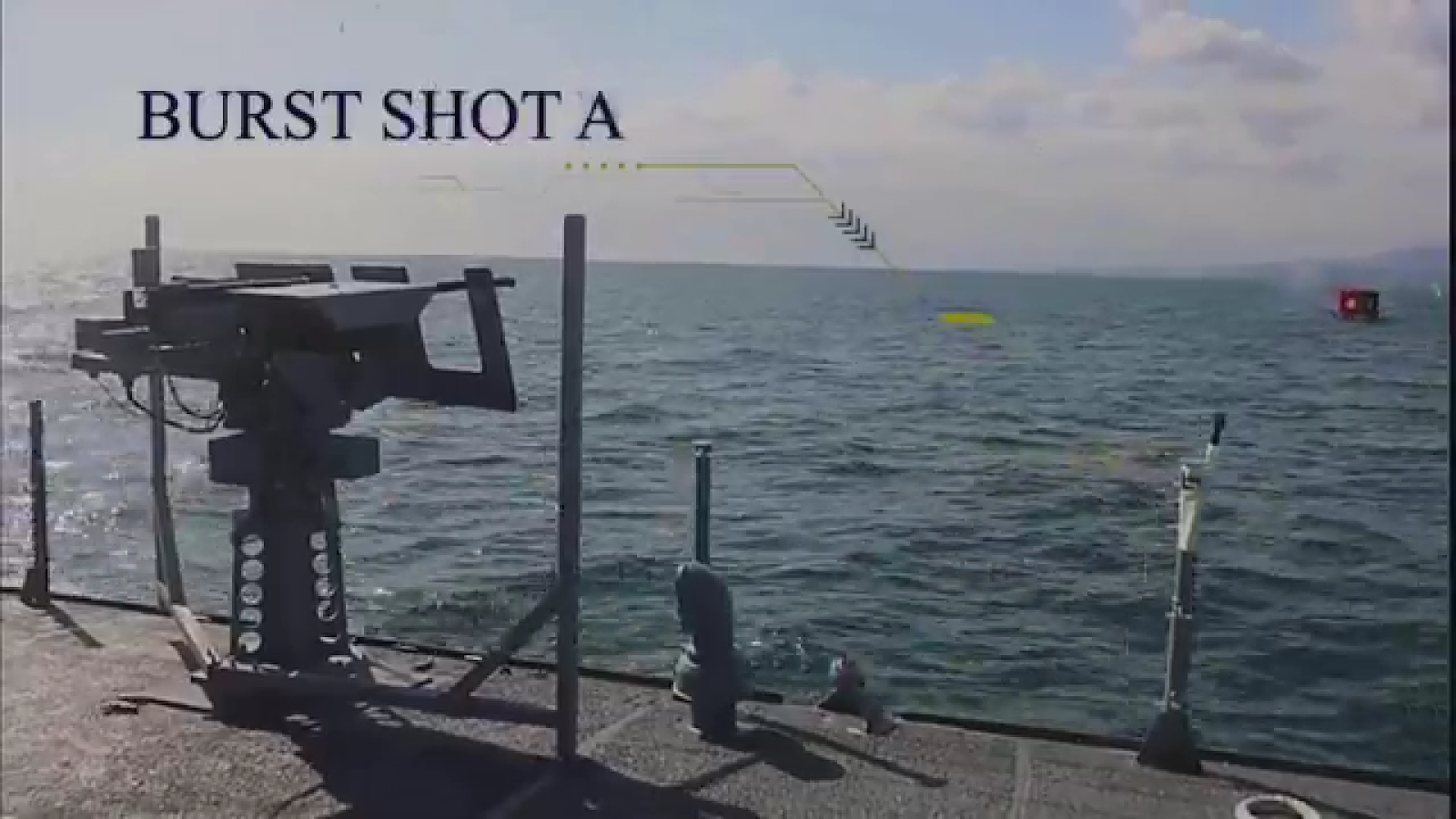 In an informational video, the first sea trial for the BUHAWI project was held on April 04, 2022, within the vicinity of Corregidor Island that proved the project's functionality, reliability, and doability. (Screenshot from the livestreaming of the Philippine Navy)