Steering the country’s Research, Development, and Innovation (RDI) roadmap, the Department of Science and Technology (DOST) sealed a bilateral agreement that will “promote and develop scientific and technological cooperation” between the Philippines and Hungary.

Not known to many, Hungary has a very strong strategic research, development and innovation (RDI) program under its National Research, Development, and Innovation Office- the country’s premier funding and RDI policy adviser to the government. It also has a developed science and technology sector, and an efficient RDI system that includes a reliable network of universities and industry players.

In fact, Hungary is home to 12 Nobel Prize winners including Albert Szent-Györgyi who discovered ascorbic acid, a substance that prevents scurvy. It is also the birthplace of Erno Rubik, the inventor of the world’s best-selling toy puzzle.

Leading the signing of the memorandum of understanding last 8 April 2022 at the Embassy of Hungary at the Bonifacio Global City in Taguig is DOST Secretary Fortunato T. de la Peña and Hungarian Ambassador Titanilla Tóth.

The mutual cooperation will center on joint R&D initiatives on various technologies, foreign missions and exchange visits for scientists, researchers, and experts; capacity building activities including scholarships, fellowships, and training programs; RDI policies and strategies and programs; and promotion of collaboration between other relevant scientific institutions and organizations from the Philippines and Hungary.

The two parties will explore mutual cooperation in the fields which include, but not limited to, sustainable Agriculture (including Aquaculture), Infocommunication Technology (includes Spectrum Monitoring and Earth Observation) and Quantum Technology.

According to de la Peña, the collaboration is by far the shortest that has been forged since talks began in March last year.

Ambassador Tóth, on her part, agreed and explained that since last year, there have been numerous discussions already on disaster risk reduction and management through the use of space technology, webinars on aquaculture, field study on Philippine Rice Research Institute, demo farms in Barangay Don Bosco in Parañaque City, and coffee farming in Mindanao region, among others.

Also, Ambassador Tóth mentioned several collaborations in the areas of dairy production through the local Philippine carabaos, and water management using advanced water technology, mineral mining, and renewable energy. In the field of ICT, Tóth also shared that Hungary has companies and resource centers that are engaged in smart urban forestry and farm developments in the cities to help nurture the environment.

It was mentioned that the Philippines is interested in collaborating in the field of quantum computing. 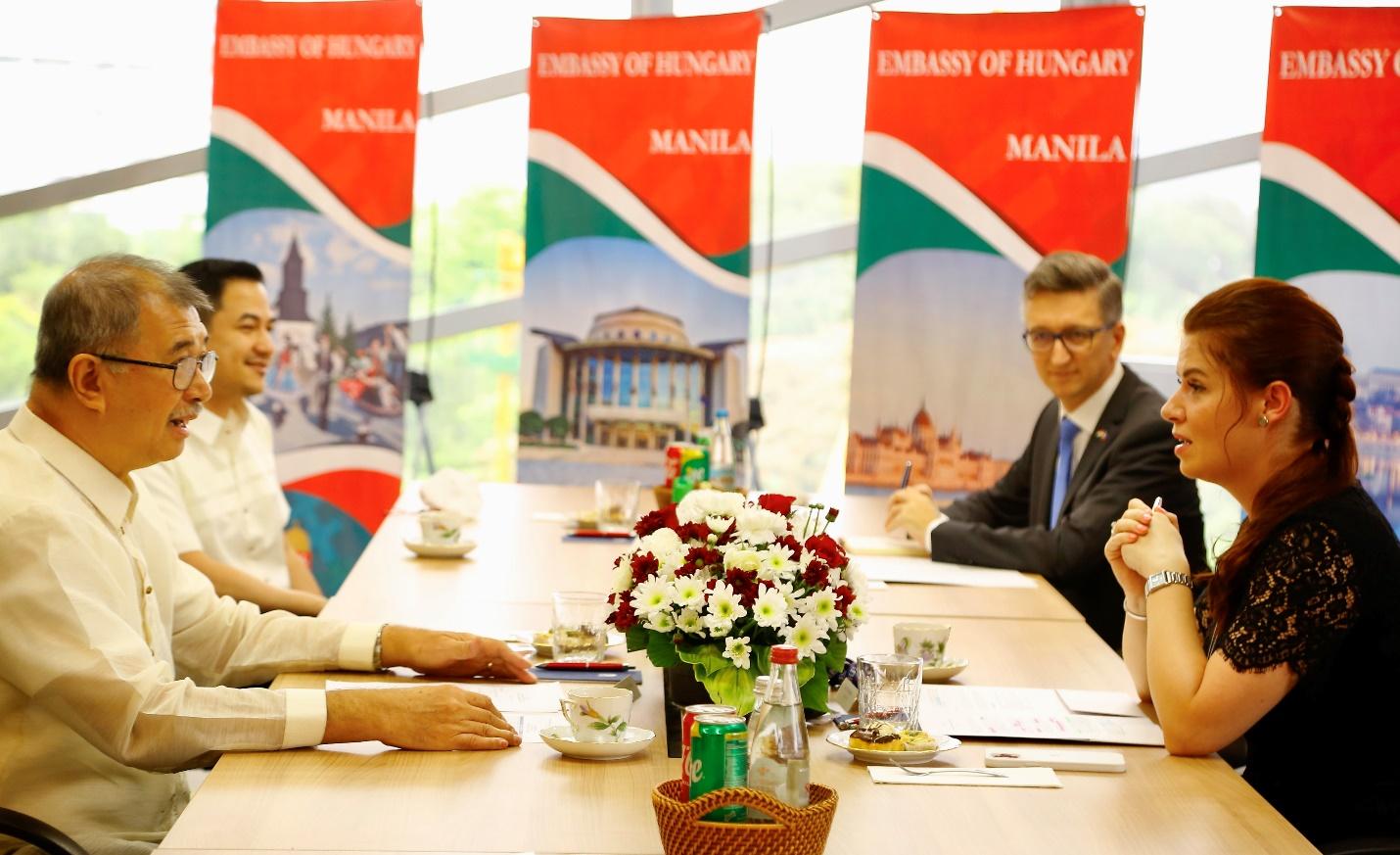 Secretary de la Peña and Hungarian Ambassador Tóth during a brief discussion on the areas for collaboration under the mutual cooperation agreement between the two countries. (Photo by Henry A. De Leon, S&T Media Service, DOST-STII)